The Role of Security Services at Apartment Complexes in Chennai 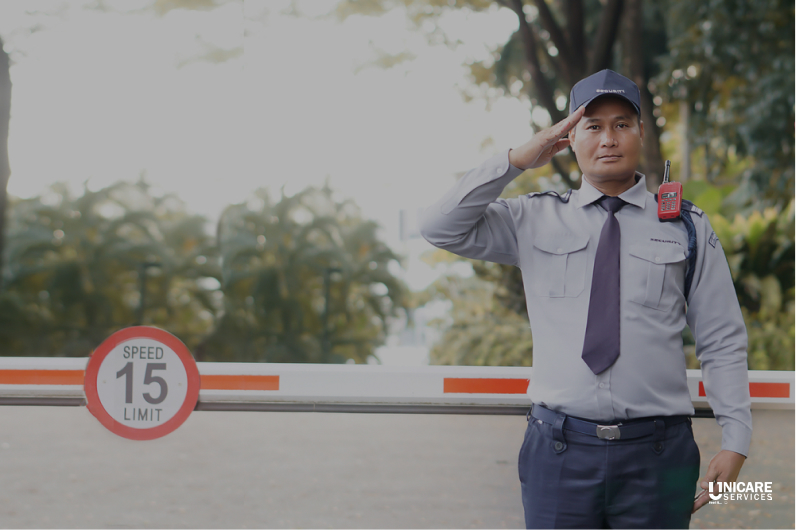 Due to the steady rise in population, job opportunities, and interstate migration, the heart, suburbs, and outskirts of Chennai are witnessing a spurt in residential projects. When people look for an apartment, they look for more than just four walls and a roof over their heads. They want to unpack their bags and raise their families in a safe haven. Engaging security services in Chennai’s apartment complexes makes the property and the locality safer and puts current and prospective residents at ease. Below are the responsibilities of Unicare’s apartment security officers.

Patrolling the Premises and Perimeter

When security officers make a circuit of the interior and exterior, they are not doing it to while away the day. Walking around, they notice familiar and strange people engaging in harmless or suspicious activities. Because they know the premises like the back of their hands, they can identify hazards like broken pipes, collapsing ceilings, and naked wires. They also look into compromised CCTV cameras and address vandalism.

No one can slip past the watchful gaze of dedicated security guards. Anyone who wishes to enter should approach the security cabin, state their names and purposes, and mention whom they wish to visit. The guard will grant them entry only after the resident corroborates the details. Access control ensures that unsavoury characters and impostors do not enter the apartment complex and create a nuisance, harass the residents, or misuse the premises. Guards maintain rigorous logs of visitors and memorise faces and mannerisms.

Suppose there is a fire, a stuck elevator with people inside, or an intruder in someone’s home. In such cases, security guards think on their feet and contact the relevant services and authorities. They maintain their composure while managing or de-escalating delicate and dangerous situations. Security services in Chennai are trained to handle evacuations, hold telephone conversations with public service departments, and tackle troublesome people.

Although Magic Bricks and India Times placed Chennai among the ten safest cities in India and the crime rate decreased by 71% in 2020, the city recorded the second highest crime rate in the country (101.6) the very same year. Through their presence and prowess, security guards deter crime and improve safety. Their knowledge of the locality, the locals, and local affairs is handy when suspicious activity is afoot. They can manage lock-pickers, physically aggressive individuals, and vandals. While people don’t pay attention to security guards as persons, the security guards pay attention to people: the nervous food delivery boy, the bantering rickshaw drivers across the street, the hitherto unseen duo puffing cigarettes around the corner, etc. They create a mental catalogue of this motley crew of characters and their tics.

Hiring security guards means you have a few extra salaries to pay, but at the end of the day, having a safe apartment will only increase the reputation and desirability of the property and the postcode. Get in touch with Unicare today for first-class security services in Chennai.